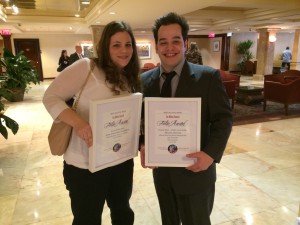 Just over a year ago, we at Anton Community Newspapers embarked on an ambitious project to reinvent our publications for the 21st century. Our hometown papers, each with a long and strong local presence, had not kept pace with changes in the media and among our readers. We began to overhaul everything, from our look to our content to the software we use to update it all.
Earlier this month, our efforts were again validated with wins at the New York Press Association’s Better Newspaper Contest. The awards ceremony, held during the organization’s conference in Saratoga Springs, recognized Anton for excellence in fields ranging from news to advertising design. The details on the winners are on this page.

These accolades are just the latest manifestation of the hard work we have done — and continue to do — to better serve our readers and communities.

The newspapers are now printed in glorious full color with state-of-the-art reproduction. As a result, the articles about you, your children and your neighbors are accompanied by photos that add to your enjoyment of the newspaper. Our design, too, is cleaner and more visually appealing. And more than ever, we focus our coverage on local people, local issues and local events.

We even have added a new member to our newspaper family, Long Island Weekly. In Saratoga Springs, the New York Press Association’s Board of Directors officially recognized Long Island Weekly and admitted it to the roster of member newspapers.
Distributed each week at Manhattan’s Penn Station, as well as on newsstands around Nassau County, Long Island Weekly is a guide to area arts and entertainment, as well as a showcase of feature articles on everything from where to find the best pizza to great weekend getaways.

Next month, www.LongIslandWeekly.com launches, joining the newly enhanced and redesigned websites for seven of our 18 newspapers. It will not be long before all of our communities are served with new websites, bursting with local news and information, as well as updates and conversations on Facebook and Twitter.

As Anton Community Newspapers celebrates its 30th anniversary, we are charging ahead, embracing new technology, investing in new equipment, and recruiting new staff members to make the company and the way we serve you better than ever.
We are delighted with these honors from the New York Press Association, and I congratulate
the award-winning editors,reporters and designers. I am proud of you.

I also am quite confident that these laurels signal a new beginning; yet we will not rest on them. They are only the first of many more to come as we build the new Anton.