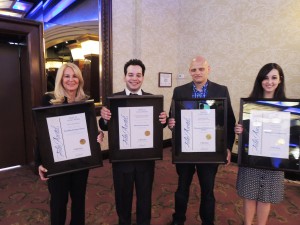 For the second time in recent weeks, our editors have been honored for their work with Port Washington News being named the Best Newspaper by the Fair Media Council. The organization, a Long Island-based group that for 36 years has worked to show nonprofits and other organizations how to get their message out in the media, is a strong advocate for high-quality local journalism. The council’s annual awards luncheon—this year held at the Crest Hollow Country Club in Woodbury—draws media from around Long Island and New York City as the coveted Folio Awards are conferred for Best in Local News.

Among the 2015 winners were four editors at Anton Media Group: 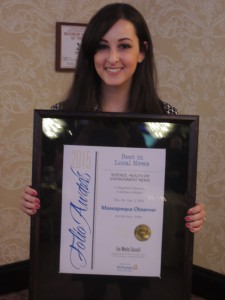 Jennifer Fauci, editor of the Massapequa Observer, won the Best in Local News Science, Health or Environment News category for her feature “A Daughter’s Memory, a Mother’s Mission” from the Nov. 26–Dec. 2, 2014, issue. The article told the heartbreaking story about 17-year-old Massapequa native Kimberly Coffey, who passed away from bacterial meningitis two days before her prom.
Read the story at www.massapequa observer.com/a-daughters
-memory-a-mothers-mission. 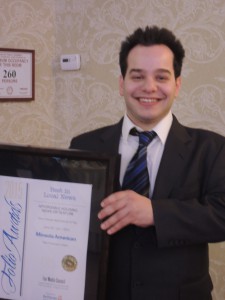 Rich Forestano, editor of Mineola American, took first place in the Affordable Housing News or Feature category. Forestano won for a June 25–July 1, 2014, piece regarding Town House Apartments in Mineola, where a building superintendent was outed for overcharging potential minority renters while offering dwellings at a lower rate to white renters.. Read it at www.mineolaamerican.com/2014/06/town-house-apartments-to-pay/. 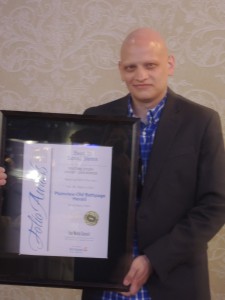 Steve Mosco, editor of the Plainview-Old Bethpage Herald, won the Feature Story Under 1,000 words category for his piece “Restoring Faith in the Farm,” Feb. 26–March 4, 2014, about a farming couple at the Restoration Farm in Old Bethpage that provides organically minded Long Islanders with fresh vegetables. Read the story at www.antonnews.com/plainviewoldbethpageherald/news/36263-restoring-faith-in-the-farm.

Karen Talley, our former editor of Port Washington News, won the Best Newspaper category, specifically for the Aug. 27–Sept. 2, 2014, issue, which featured news about a boat fire that killed the owner, new town pole laws and the Snapper Derby.

I am proud of these achievements and delighted with the recognition of the talent and hard work our staff puts into every page we publish.
But even more important is what this means for you, our readers. I believe that these and other recent accolades signal our thorough coverage of the people, events and issues in your community. After all, the opportunity to provide you with important local news week after week is our greatest prize.