By Justin Hopper
editorial@antonmediagroup.com
At the 2014 Press Club of Long Island (PCLI) Awards, Anton Community Newspapers had a grand showing, racking up a total of 10 overall awards. 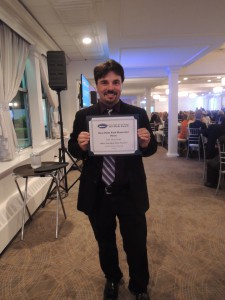 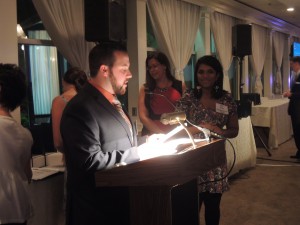 This was the biggy for Betsy Abraham..Outstanding Rookie Reporter. 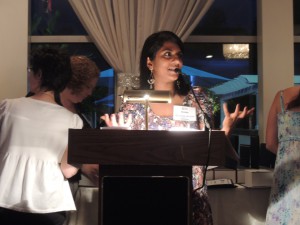 The Westbury Times/Hicksville Illustrated News editor Betsy Abraham was the big winner this evening. Here she is with her Third Place award for Narrative: Arts. 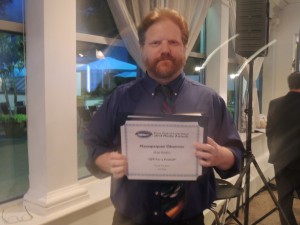 Matt Bodkin was also a major mack daddy as he swept the Visual Cartoon category. This is Second Place that he won for the Massapequa Observer. 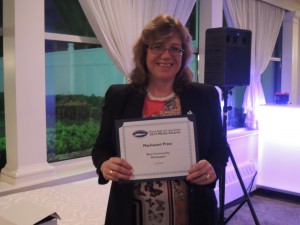 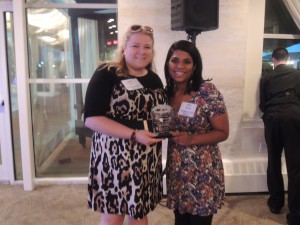